Have you ever look out a rain covered window and wished you could be out there with your drone? Most of our favorite quadcopters would not do well to get wet, but there are some that can handle it. We’re not just talking about a bit of rain, there are a handful of drones that are happy to go for a swim!

Join us for a quick look at a few flying machines that can handle a dip in the ocean, these are some of the best waterproof drones.

The Swellpro Spry+ is one of the most accessible fully submergible drones around. That’s right, it’s not just waterproof for a little bit of rain or random splashes, we’re talking about landing on the water, shooting video below the surface, and taking off again. 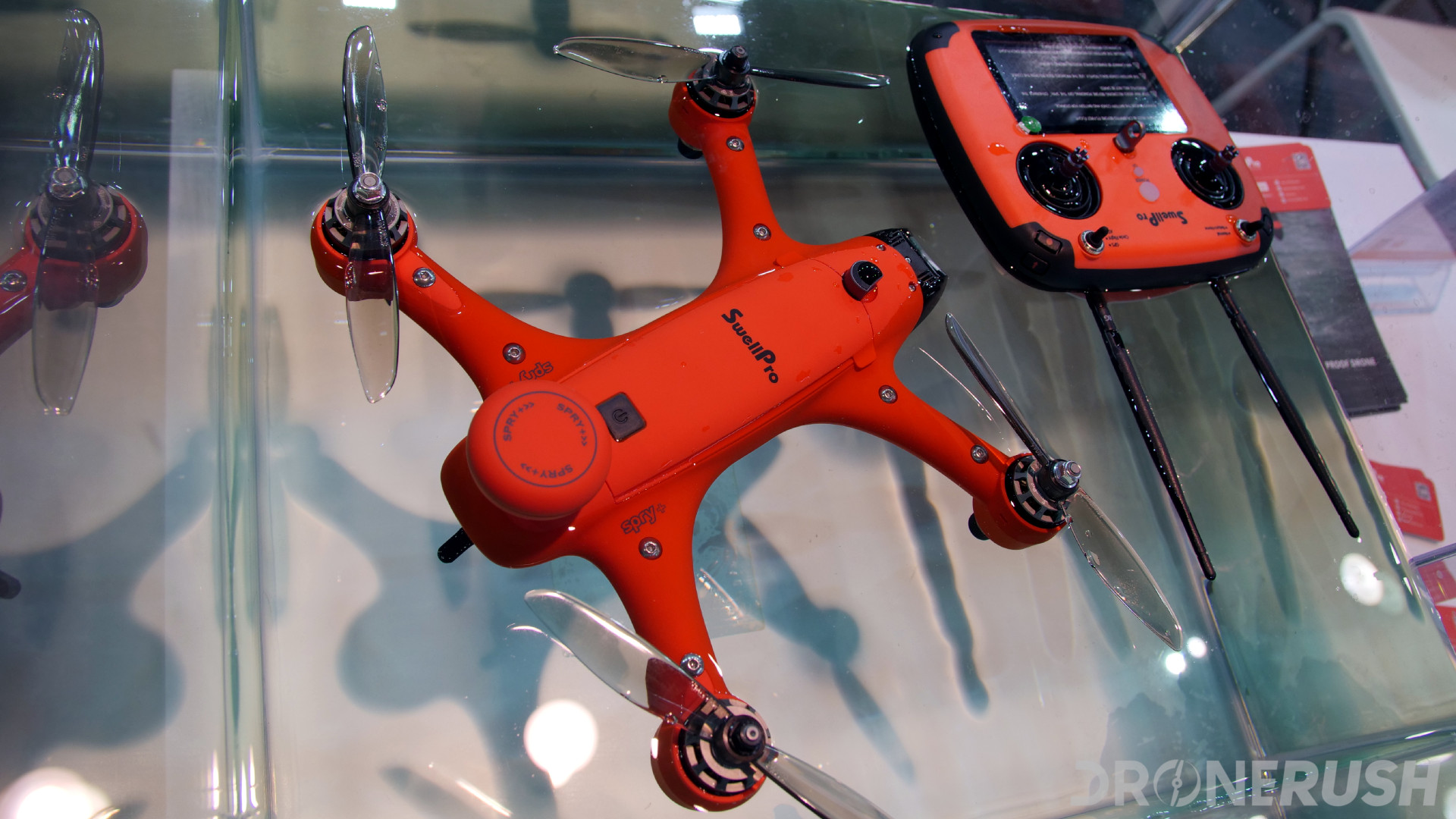 The Swellpro Spry is one of the most attainable fully waterproof drones; Keep the 4K camera in the sky, or put it just below the surface to see the world under the waves.

In a lot of ways, the SplashDrone 4 is everything that some DJI Phantom owners have been dreaming of. A large and powerful airframe that can haul multiple payloads, and is safe to not only fly over top of water, but to land on the water as well. The 4th version of Swellpro’s Splash efforts launched in the summer of 2021, equipped with most of the very best cameras, parts, and accessories available. What we’re saying is that this is one very capable machine.

The SplashDrone 4 can be had for as little as $1,868 with just the fishing line release, but please expect to spend about $2,800 to get the best 4k camera option and an extra battery.

The PowerEgg X is more than just a waterproof drone. Actually, it’s not even waterproof, it just has a shell that you can attach to keep it safe. The PowerEgg is more like a camcorder, that happens to have propellers as an optional attachment. The value here is the abundance of operating modes, making the PowerEgg X a versatile machine for many users. 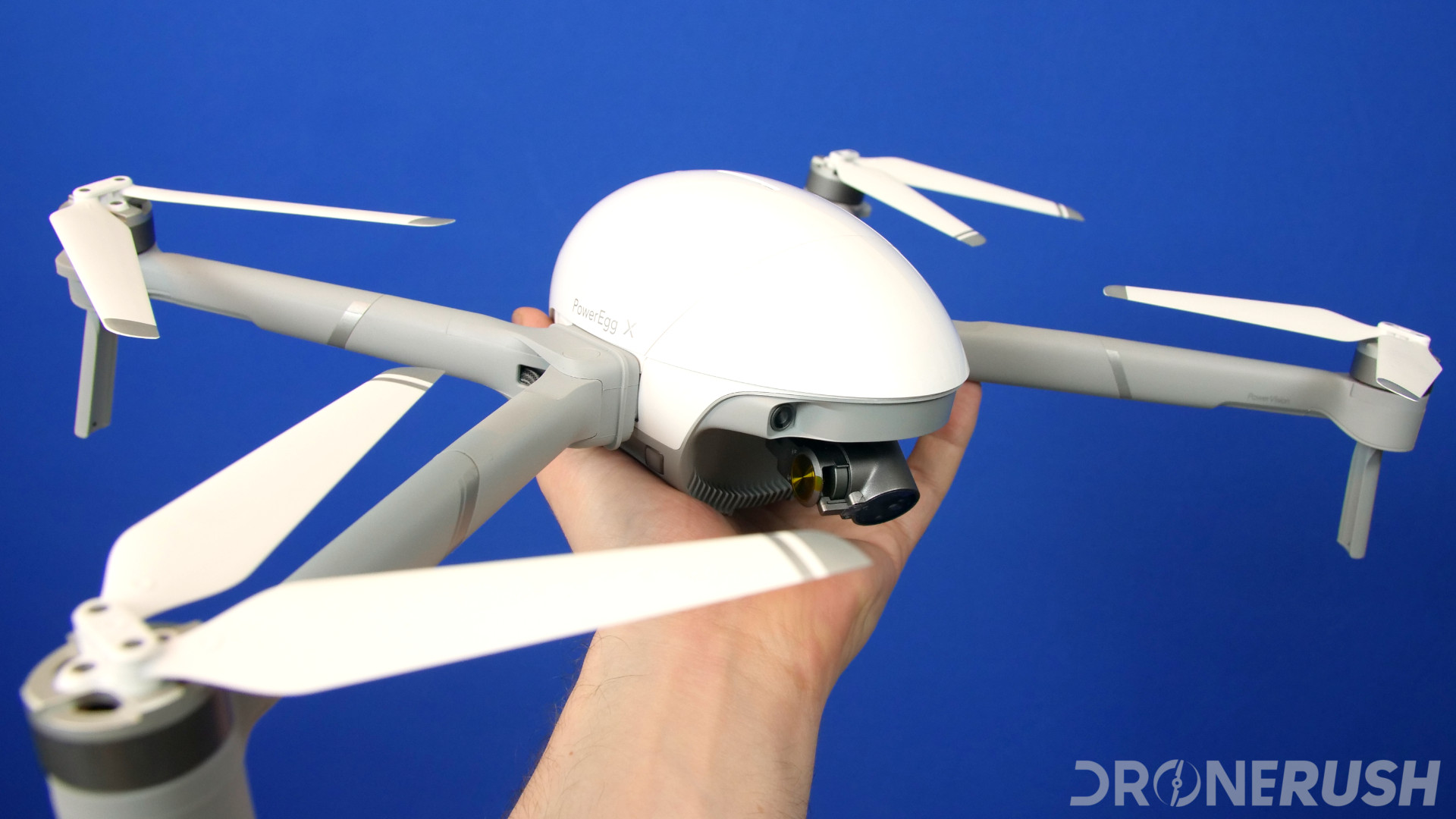 The PowerVision PowerEgg X is a camcorder and waterproof drone all in one. Fly in the rain, remove the shell to add some flight time, or just use the AI as a handheld camera.

Update: Swellpro has informed us that they will soon discontinue the SplashDrone 3. You may still be able to buy it, and it would be a worthy purchase, but do look at the newer SplashDrone 4 before you buy the 3.

Unleashed through Kickstarter back in 2015, the Swellpro SplashDrone 3 is an enthusiast built quadcopter with complete waterproofing in mind. The latest version of this submersible drone comes in two flavors, the Auto, with a nicely equipped 4K camera, and the Fishing Drone with a payload release system. As much as I like the idea behind dropping cargo, please brush up on your FAA rules in the U.S. before you do so. 16 minutes of airtime will keep you entertained while flying over, or dunking under the water. Also, you’re good to fly in the rain as well, a bonus.

Check out the SplashDrone 3 from $1,199 for just the drone, you’ll have to tack on the camera and other bits needed to fly from there, expect to spend about $2000 for a well-rounded package.

This is probably the most expansive drone on our list, but there is much to like about the QuadH2O waterproof drone. In terms of capabilities, the fact that it looks like a flying submarine is for good reason. No, sorry, it’s not a submarine itself, but it could be if you could figure out the propulsion and ballast systems.

Built-in FPV camera, action camera mount, fully floating design, 1000 m range and upwards of 10 minutes of flight on a charge are fairly mediocre specifications. The passionate team behind the product and fully waterproof build add up to a $2895 ready-to-fly price tag for the Quad H2O. Now you’re looking at a starter kit for $849.00.

Check out the Quad H2O

From the makers of the QuadH2O above, the new HexH2O Pro V2 is a folding hexacopter design, utilizing many DJI components, including their Zenmuse X3 camera and Lightbridge radios and controller, you can even fly the HexH2O using the DJI Go app. Packing this powerful 4K camera into a waterproof housing that sits below the surface of the water, you can land on the waves to see below, or take off to enjoy DJI Inspire level aerial photography.

This is an impressive professional drone with the added bonus of being weather resistant and able to land on water. I hope that prepared you for the next part, the price. The HexH2O Pro V2 starts at $1995.00 for the base drone, however, you’ll need to add bits and pieces before you can fly, a fully loaded purchase, including the Zenmuse camera, remote control, flight controller, a tablet for the remote, a case, ND filters and a microSD card is $8590.90. You should expect to pay about $5400 to get the HexH2O Pro V2 off the ground.

We teased a submersible drone, let’s go all in with the PowerVision Technology Group PowerRay, a submarine with a camera. Designed for any type of water, the tethered craft has a fifty meter cable, 4K camera and an FPV headset to live view what you are recording under the sea.

PowerRay may not be the most capable underwater drone on the market, but it’s the one that’s on our radar. You’ll need to sink at least $1,399 to swim with the fishes.

A British installment to our list, Tetra Drones builds the Tetra Drone. This is a fully submersible flying machine that tilts its propellers forward to move through water, then back up to take tot he sky. What we’ve seen of the machine looks like it supports a GoPro, or similar small camera, stabilizing it behind a glass bubble. We’d love to see more on this drone, but as far as we can tell, it’s a solid offering for a waterproof drone.

Check out the Tetra Drone

It would be wrong of me to suggest you purchase this drone without some research, we simply encountered it in our travels and thought you might like the idea. In short, the smarts of the craft are tucked into a 3D printed waterproof housing, then inflating tubes act as propeller arms. The bottom is flat, ready for water landings. Enjoy the video, and do please let us know if you pursue this one, we’d be curious to know what you find and how it works out for you. Learn more here.

What to look for in a waterproof drone

Further, just because a drone is waterproof, does not mean you can land and take off from water. To do so, a drone must float or otherwise get the propellers out of the water far enough to push enough air for liftoff. Breaking the surface tension of the water requires a lot of power as well, most drones will not have an issue with that, but it is certainly something to be aware of when shopping.

Before we get to the list, there are waterproofing measure you can take on nearly any drone. We will not be covering these options, nor promoting them, but a little research on products like Corrosion X may solve your needs. If in doubt, hit your local hobby store that handles RC boats – the electronics in your drone are likely similar to that of an RC boat, if they can go in the water, so can your drone.

We’ve also seen some DIY projects that affix flotation devices to the landing gear of popular drones, we do not recommend this either. Again, not saying you can’t do it, just be wary of that surface tension and extra weight of the water – the failed DIY attempts we’ve seen all either could not lift off, or flipped into the water when a side or corner failed to lift out evenly. That $4 pool noodle sounds like an inexpensive experiment, please don’t let it sink your thousand dollar drone.

Last word on the matter, please do keep in mind the additional power requirements to fly in inclement weather. The impact of water drops on your propellers can be detrimental at its worst. There is a fair amount of extra weight from water on the drone, never mind the risk of water trapped inside the drone. Finally, if flying in the rain, there is a good chance it’s windy out as well. Fighting wind is one of the fastest ways to kill a drone battery.

Most of us will never intentionally go for a swim with our expensive quadcopters, but for those that would like to do so, we hope these waterproof drones will fill your need. That said, every time I fly my DJI Mavic Pro over top of water I am thinking about that worst case scenario, maybe I should invest in something that floats as well.

How waterproof is my drone?

Most drones are not designed to get wet, however, they may inadvertently be able to handle a light rain, if not more. If your drone is relatively sealed, with air vents for cooling on the bottom only, some light rain may simply roll off the outside shell of your craft. Your camera may be mounted below your drone, that’s a built in umbrella, and your motors may actually be safe for some water as well.

Please check with your manufacturer to be sure, but many brushless motors can handle a bit of water running through them, while others may be entirely waterproof, even if the rest of your drone is not. Water is not good for motors, just so we’re clear, but long term rust issues may be preferential to an electrical short while in the air. Be safe, don’t get your drone wet if you don’t have to.

Is it legal to fish from a drone?

In many places, no, it is not legal to fish from a drone. Most places will allow you to spot fish from a drone, and it is usually acceptable to use a drone for extreme casting, but please do not try to directly catch a fish using your drone. Chances are, you’d hook a big one that would take your flying machine for a swim anyway.

Can I float my drone on water?

It is easy enough to affix floats to a typical drone’s landing gear, and it can be huge fun to land on water, but taking off is the hard part. I won’t bore you with the science behind water surface tension, but if you forgot that stuff exists, let me assure you that there’s a good chance you’ll flip your drone into the water if you cannot take-off nice and straight.

That about sums it up, be aware that taking off can be risky, and be smart about waves and other ways water can actually contact your drone, but it is otherwise pretty easy to make a floating drone. Have fun!