Did you know you have to register your drone with the FAA before you fly in the United States? If you’ve ever been in control of a craft in the sky, I certainly hope you know this rule. Next, the FAA is stepping up the requirements, you’ll need to display your registration number before flight.

Going into effect February 25, 2019, all drones requiring registration will have to display the registration number on the exterior of the craft.

The concept is straightforward, at least the explanation is. Your car has a license plate, manned aircraft have a tail number and now your drone has a little license plate of its own. These unique identifying numbers are designed to identify the owner of these machines, but only to authorized groups, such as law enforcement and air traffic control.

The average person walking down the street cannot gather your name or address from your car license plate, and nor will they be able to do so from your drone registration number.

The name of the game is accountability. There are other benefits, such as helping identify the owner of a lost drone, but law enforcement is the main goal here. We’ve all heard stories of drones being used to harass people and fly in restricted areas resulting in the shutdown of airports and more. I am sure the folks stuck in the Gatwick airport would have loved to hear that a drone pilot was arrested and prosecuted for the delays. (If it even was a drone causing the grief, but that’s another story.)

Related: New drone? Things to know before you fly

Backlash from the community 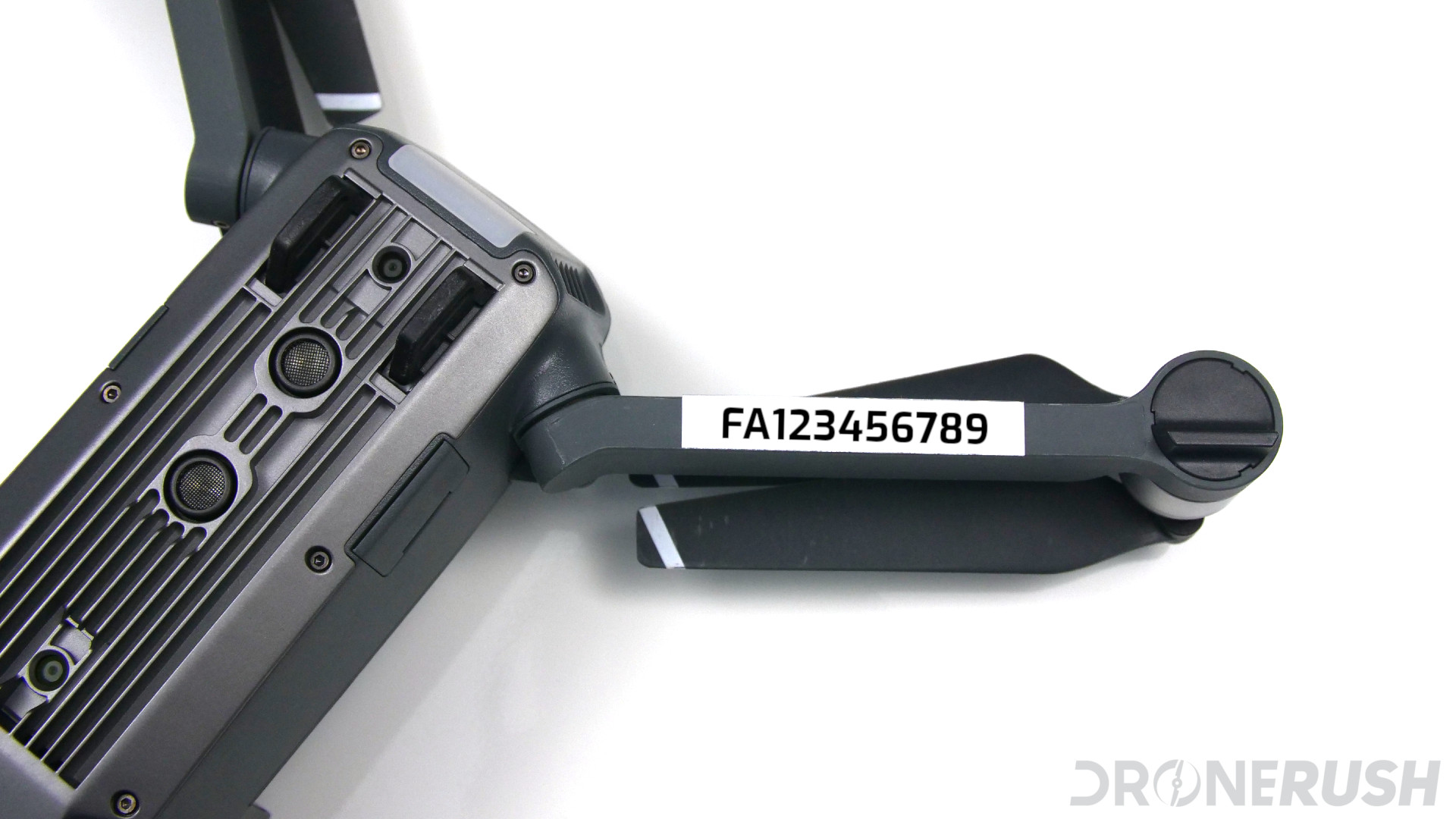 We do not expect much of a backlash for this specific rule change. The need to register your drone, even if just a toy in the backyard, has been on the books for years now. That registration number has had to be attached to the drone this whole time, however, it has been possible to tuck it under the battery, out of site.

The real change to the rule right now is that your registration number must be externally visible on your drone.

The modeling community has been around for years, operating RC airplanes in designated fields. Some of these folks are still upset that their beloved hobby is now under an expanded set of rules and regulations. We must agree that, for the most part, this is an extra layer of regulation that is ultimately not required for these pilots and their craft, some believe that us drone pilots are ruining all their fun.

The fact remains, the more aircraft in the sky, the greater the need for accountability from all pilots. We hope that having to display a registration number on drones proves an acceptable requirement.

What do you do? While there is no rule on how to display your registration number, the FAA specifically mentions three possible techniques. You can engrave the registration number into the craft, you can use a label maker, or you can grab a marker and just start writing.

Of course, if you do not yet have your registration complete, you’ll have to start there.

Important reminder, if you fly your drone for pay, or are in any way compensated for your drone flight, photos or video captured from the sky, including collecting monetization from a YouTube video, that’s a commercial flight requiring your Part 107 drone license and to follow a different set of rules.

I know this all sounds daunting, but it’s much easier in practice than it appears on paper, I promise. There’s no way around it, if you want to fly, you have to follow the rules.