Launched in November, 2021, the DJI Mavic 3 is the kind of drone that inspires our work here at Drone Rush. This DSLR-caliber flying camera shoots the best aerial imagery ever from the Mavic line. That’s a dual camera setup that captures up to 5.1K video, and pushes things to the limit with a hybrid 28x zoom.

Some may argue that the Mavic 3 is just an iterative update over past Mavic drones. As true as that is, the number of features that have been updated take things to new levels in almost every way.

Note: We flew the DJI Mavic 3 Cine for our review. This top-tier unit includes an internal SSD and the new DJI RC Pro remote control.

Note: This review was originally published November 22, 2021. We will frequently update this post when new information or updates are available.

Picking up where the Mavic line left off, the Mavic 3 continues to be a compact, folding quadcopter. Though, this is one of the largest in the Mavic series, particularly when unfolded, as the stance of the drone has changed. The Mavic 3 stands much taller, and the front propellers no longer spin over top of the drone, instead the arms are longer, and lower, keeping the top of the drone completely clear of moving parts.

The rectangular shape with camera hanging from the nose remains the same as previous Mavic drones, as does the way the propeller arms fold in.

New bug-eye sensors on the rear sit at 45 degree angles. Matched with angled sensors at the front, the Mavic 3 has all direction obstacle avoidance. APAS 5.0 puts those sensors to work, now able to identify objects up to 200 meters away, to keep your drone safe and to autonomously plan routes when using the new ActiveTrack 5.0 features.

Simply put, DJI once again took everything they have learned with previous Mavic drones to build the best Mavic drone to date!

Updates to the airframe and software are one thing, the camera is another. The bump up to a Micro Four Thirds camera instantly makes the Mavic 3 comparable to DSLR cameras, where all previous Mavic drones were best compared to smartphones.

The highlight of the show is the new flight time record for Mavic drones. The Mavic 3 is able to stay airborne for up to 46 minutes. Equipped with O3+, (DJI has shortened the name from OcuSync 3 Plus,) the Mavic 3 is also able to get up to 15km (over 9.3 miles) away from the remote. While most of us are not able to fly beyond visual line of sight, that at least means one of the strongest connections between drone and remote we’ve seen yet.

While airborne, the Mavic 3 is rated for up to 30 km of ground cover per charge, which it does at up to 42.5 mph. However, you’ll be cruising at around 33 mph if your purpose is to shoot silky smooth video.

We can attest that the drone is rated to manage winds over 25 mph, but doing so did reduce our flight time to about 37 minutes. On a calm day, that max 46 minutes of flight time is more like 42 minutes when you consider typical setup and a safety buffer when landing.

We were very impressed with the obstacle avoidance sensors. The Mavic 3 offers a familiar auto-halt range of about 6 feet from objects, and managed to identify a slim, bare tree branch that I didn’t see in my yard.

We had a few video-lag issues in the first few minutes of our first flight, but have not been able to replicate any hiccups since then. The 1080p live view video looks great on the built-in display of the RC Pro remote, controls are responsive, and piloting the craft remains as easy as ever with familiar controls and a few custom buttons you can program for different actions. We did not test the RC-N1 remote with the Mavic 3, but it’s the same remote as used by the Air 2S, so we’re confident that it’ll provide a solid connection and video performance as good as your attached smartphone can manage.

DJI MasterShots were not available on our test unit. DJI promises to add these in a future software update. MasterShots includes things like panoramic photos, follow-me modes and more self-piloted features.

We are very impressed with the specifications of the Mavic 3. There may be a handful of drones out there that rank better on paper, but none that are this compact, and few with this low of a price tag.

Make no mistake, the Mavic 3, particularly the Mavic 3 Cine, is priced in pro-drone territory, out of reach to many consumers, but, with the impressive capabilities of the DJI Air 2S, the consumer market is in good hands already.

The camera of the DJI Mavic 3 is the entire point of this drone for many pilots. The main camera is the Hasselblad L2D-20C, which is a Micro Four Thirds sensor that shoots 20MP still images and up to 5.1K video at 50fps. If you bump down to 4K video, you can shoot at 120fps. That camera shoots at an effective FOV of 84 degrees, with an 24mm equivalent focal length, and an aperture range of f/2.8 – f/11. Videos are captured at up to 200Mbps!

The secondary sensor is a 1/2-inch shooter that takes 12MP stills and shoots video at up to 4K at 30fps. The value in this second camera is the zoom, with up to 28x hybrid zoom. A FOV of just 15 degrees at a 162mm focal length allows you to see far into the distance.

There are two versions of the DJI Mavic 3, the standard model and the Cine model. The two main differences are in storage and video formats.

With or without the advanced recording format, the Mavic 3 shoots fantastic imagery from the sky. DJI has done well to stabilize the camera, and their partnership with Hasselblad is yielding some impressive cameras.

The new RC Pro remote control is a pleasant update from the typical remotes that come with Mavic drones, and even a nice upgrade from the DJI Smart Controller. In particular, a microSD slot and HDMI port are welcome additions.

RC Pro is a rechargeable controller with a 5,000 mAh battery and built-in display. In essence, this is a small Android tablet with a few DJI goodies included, but it runs the DJI Fly app just like your phone.

There are no surprises here, you get your left and right removable joysticks, separate emergency stop and Home buttons, navigation buttons for the Android OS, top-mounted dial to control the gimbal, two custom buttons on the back side, and a custom d-pad on the front for custom controls. The USB Type-C port is sandwiched between the microSD slot and HDMI port on the bottom.

Finally, in terms of price, the Mavic 3 standard competes with top-end Phantom drones, top-end Evo drones, and is in Typhoon H3 territory. The Mavic 3 Cine is another story, that SSD and the RC Pro remote add up, firmly placing the Mavic 3 Cine in the same price-bracket as the Inspire 2, Matrice drones, the lower-end FreeFly Alta drones and more.

Bottom line, considering the entire package, there is no direct competitor to the Mavic 3 at this time. Drones with competing cameras are far larger machines, and similarly portable machines cannot compete with the new camera. 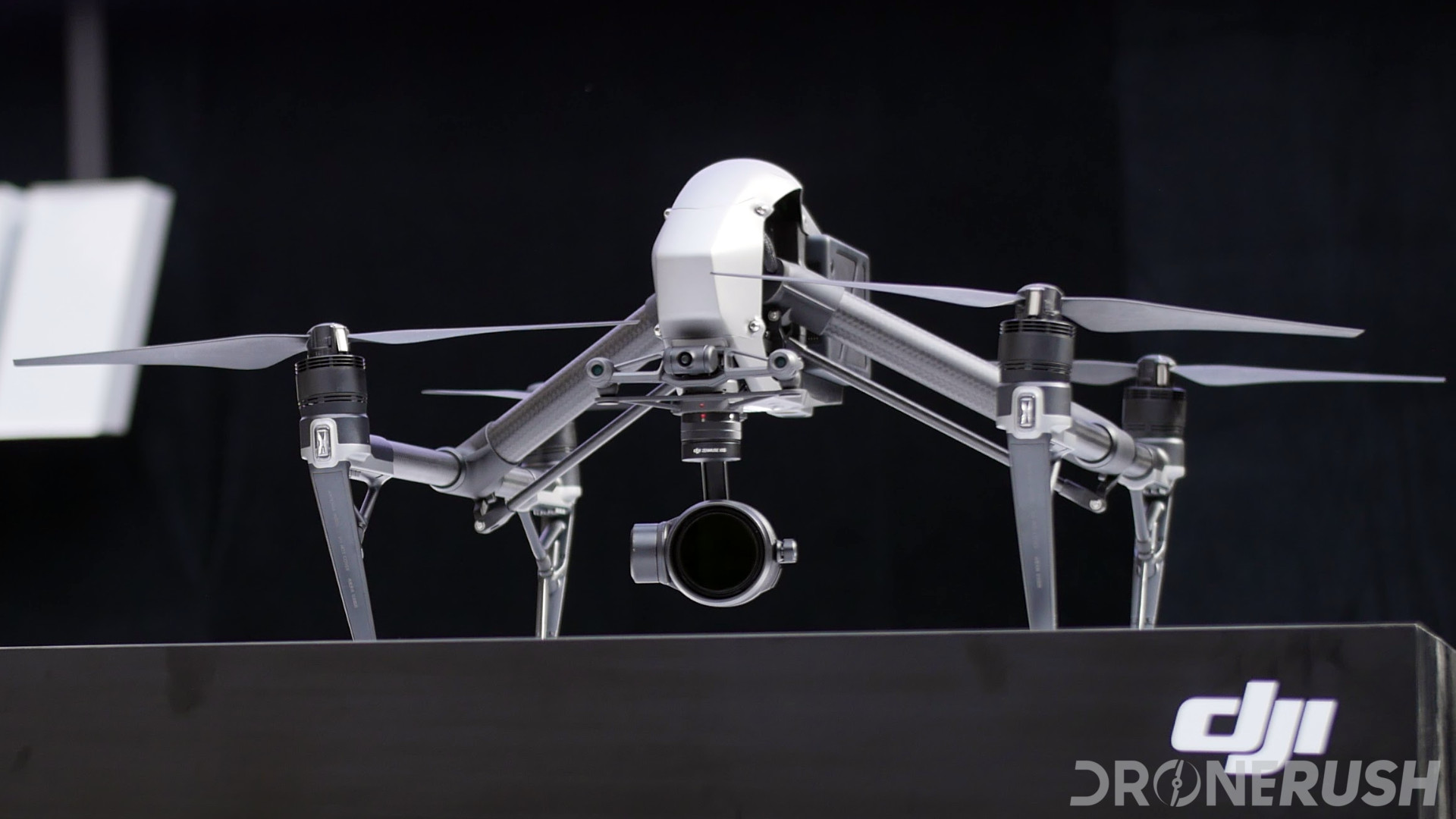 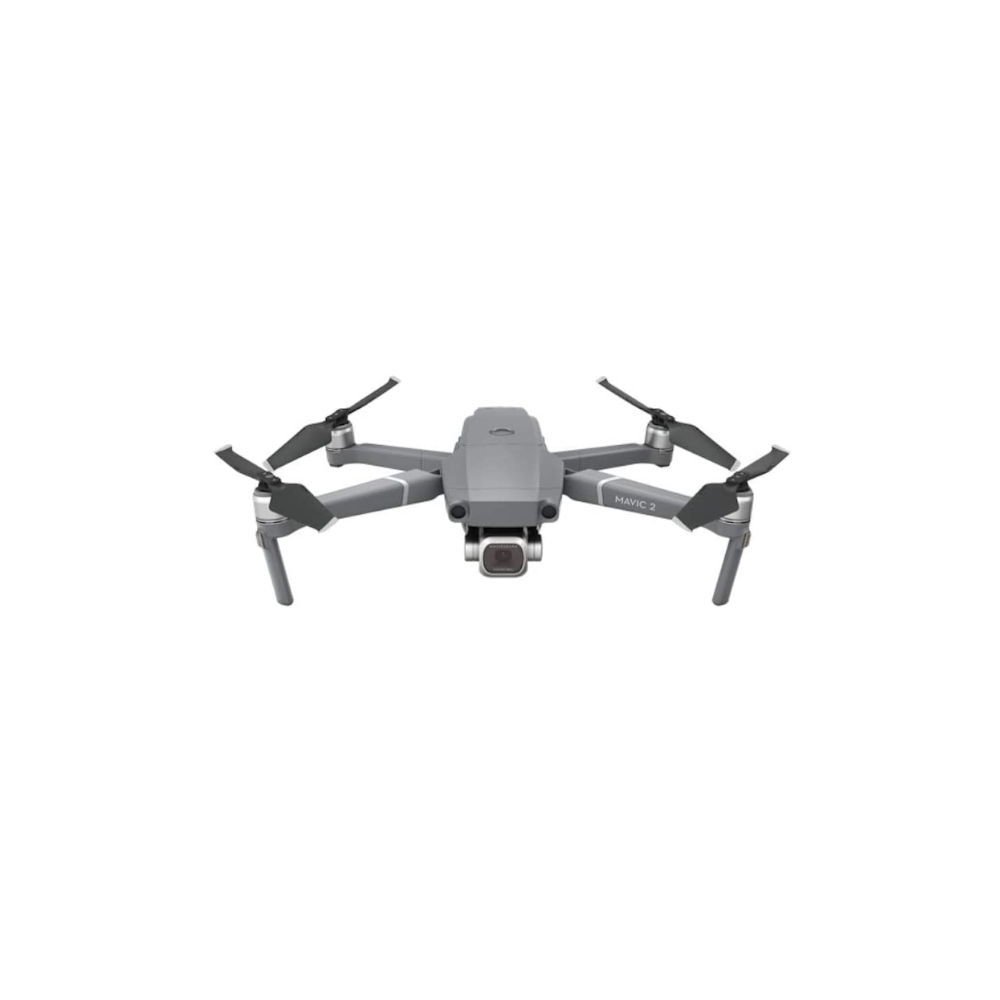 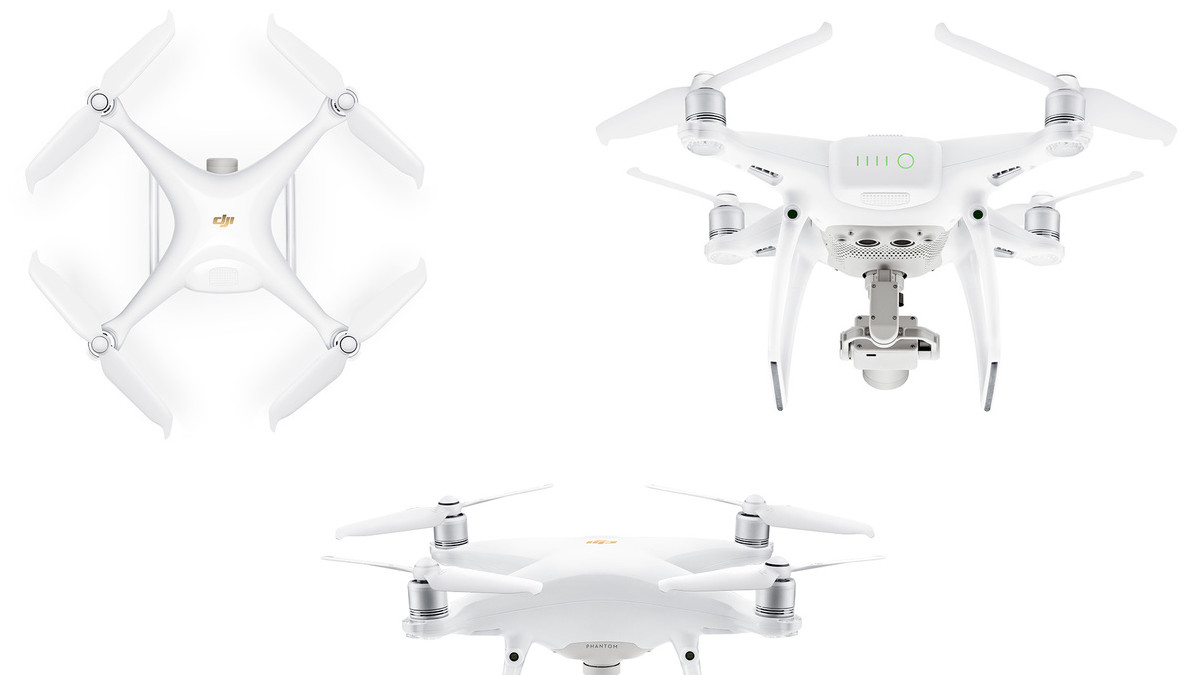 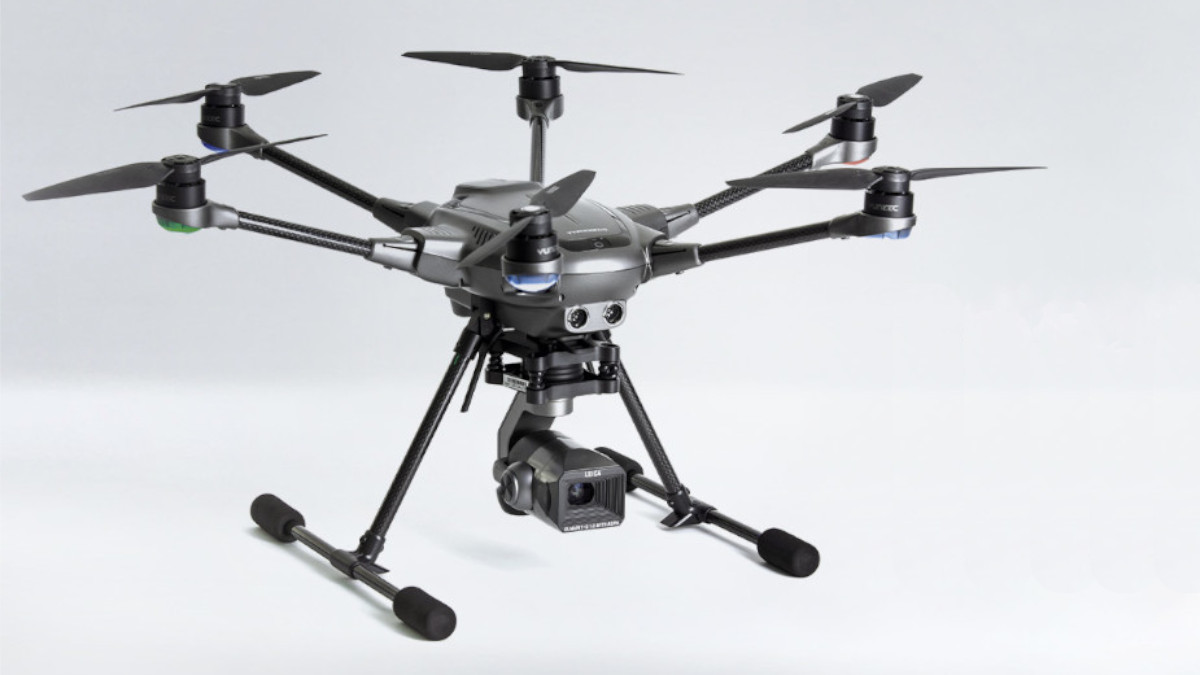 Should I buy the DJI Mavic 3?

Let us first say that we think the DJI Mavic 3 is the best drone on the market today, particularly for the discerning aerial photographer that values portability in their aircraft. We think it will be a while before a reasonable competitor comes along. As fantastic as we think this drone is, there is a hefty price tag to consider. The DJI Mavic 3 starts at $2,199, and it’s possible to get that price up over $5,000.

If the price does not scare you off, the question becomes one of value for the dollar. My only hesitation is the fixed lens. The Mavic 3 costs the same as my DSLR, which is also a Micro Four Thirds camera, but the ability to swap lenses is what makes my DSLR capable of keeping up with my needs. DJI included a full secondary camera on the Mavic 3 in order to overcome some of the shortcomings of a single fixed lens, but that second camera appears to be the same as on the Mavic Air 2, which is good, but not the powerful Hasselblad shooter we’re paying for here.

After the camera consideration, there is no doubt that the Mavic 3 is the smallest and perhaps the most capable drone of any machine with a camera of this caliber. Ease of use comes into play as well, as a machine like the Inspire 2 is best when operated by two people, one pilot and one camera operator. The Mavic 3 is as easy to manage as every Mavic drone before it, allowing one person to capture fun videos from the sky. 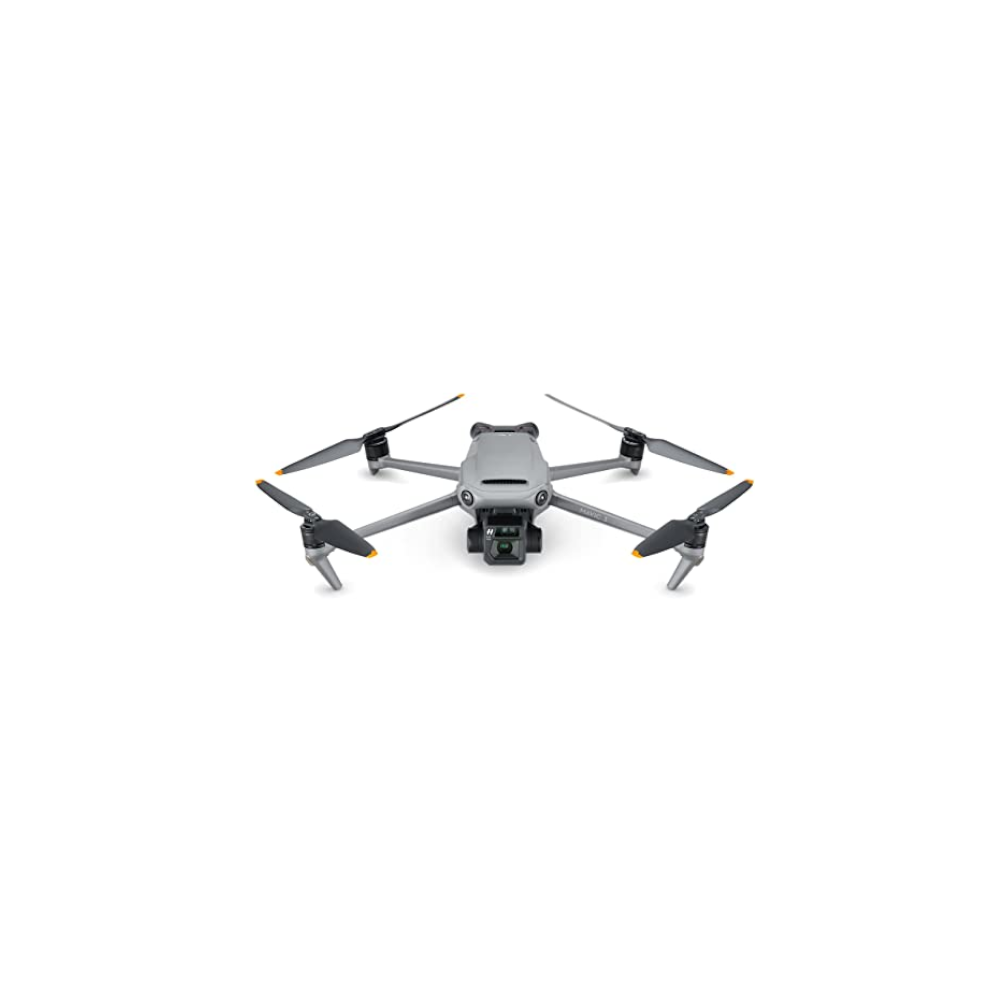