When DJI made it clear that the new DJI Mavic Air 2 was destined to launch, we were excited, but had some hesitations, what could a new Air offer of interest? We then learned of a few features and specifications and changed our tune. If you do not read the rest of this article, just know that the DJI Mavic Air 2 is dope!

When it comes to putting a camera in the sky, how does a 48MP, 1/2-inch sensor sound to you? For those not familiar with modern drones, that’s really good, and the Mavic Air 2 proves it.

The original DJI Mavic Air was a bit of a confusing drone. I mean, the drone was easy to understand, but the fact that they named it a “Mavic” drone, was odd to us. Especially when looking back, it remains the only Mavic drone that does not conform to the similar folding arm design and plain grey color scheme.

The new Mavic Air 2 is more of a Mavic drone. It has the familiar and reliable folding design, and should fit nicely in any DJI fleet. The drone itself is a stable craft that is quick. Its rated top speed is in line with other Mavic drones, roughly the same as the first Mavic Air, but the acceleration sees an improvement. This is due largely to larger and more efficient motors and propellers.

Those same tools vastly improve the flight time as well. The Mavic Air 2 is now a leader in flight time among similar drones, with 34 minutes of flight time.

Allow me to draw a parallel for you. Back in the 90’s, the super car market was competing around the 200MPH mark. There were plenty of machines that topped 170MPH, but that elusive 200MPH land speed (for a production, street vehicle) was only cracked by a few at the time. The Lamborghini Diablo SV was the poster on my wall during those times, a car that managed to crack just over 202MPH.

Thirty minutes of flight time is a similar battle. 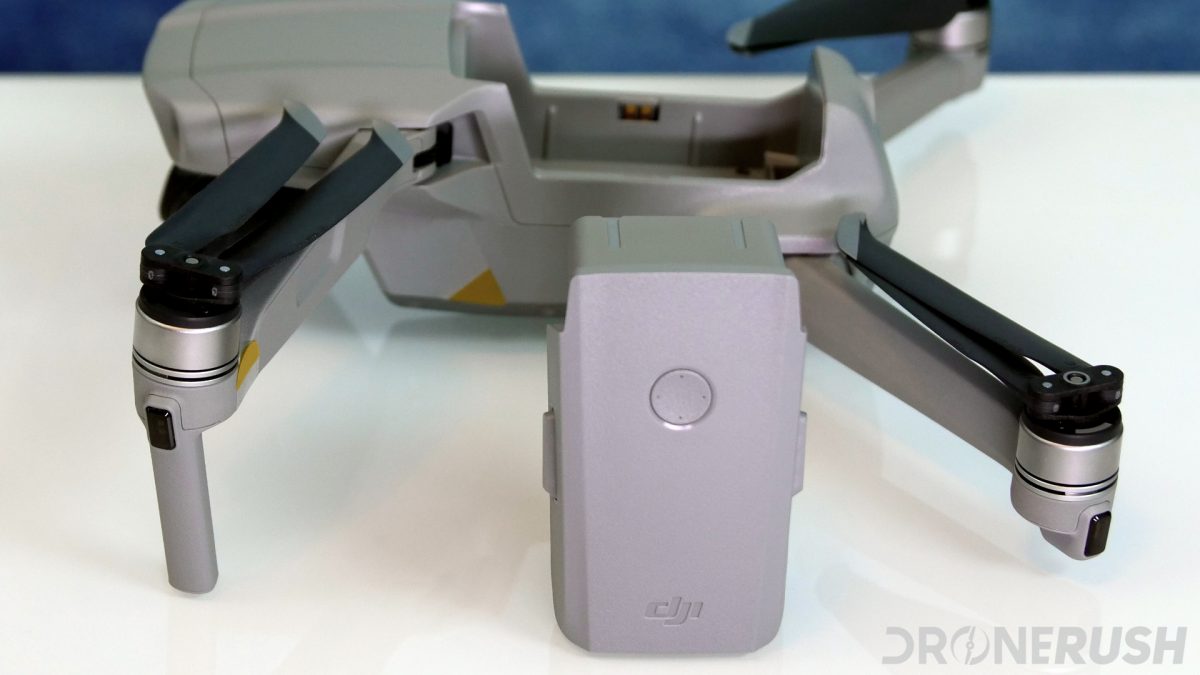 There are many drones that can top 20 minutes in the sky, the original Mavic Air was rated for 21 minutes. Then there are a bunch of drones that stay aloft for 30 minutes, a small few that get 31 minutes, even fewer that are rated for 33 minutes, and now the Mavic Air 2 rocks 34 minutes. It sounds subtle, but this is a huge achievement for a quadcopter under $1000. Especially one with just a 3,500mAh, 3S battery.

Back to the top of speed, the Mavic Air 2 is fast. Perhaps the better word is responsive. As a seasoned DJI pilot, I decided to start out in Normal mode, figuring that Tripod mode would be too slow for my tastes, and Sport mode too fast for a first flight. I found myself having to take it easy on the sticks. Subtle stick movements for the more intricate flights I needed.

I nearly hit the bushes in front of my house once, forgetting to be gentle on the sticks. That scare was enough, be gentle. The same goes for vertical acceleration, plan your path accordingly, I had no obstacles to speak of, but the drone was almost out of sight before I could take the step and a half out from underneath my balcony to get a clear view straight up. Make no mistake, the Mavic Air 2 is rated for approximately the same speeds as the original Air, and most newer Mavic drones, it’s just very responsive when you jam on the sticks. It’s fun!

If you are worried about bumping into things, the Mavic Air 2 comes with multi-direction obstacle avoidance sensors. Down, forward and backward.

Taking things to the next level, the Mavic Air 2 is equipped with APAS 3.0. That’s DJI’s intelligent navigation tool that keeps the drone safe when flying in some of the automated modes. A brand new controller design awaits all Mavic Air 2 pilots. The remote may not be as attractive as a standard Mavic remote, but after our first few flights, we really like it. Mounting the phone on top is a nice change. It does obstruct the view of the camera trigger and gimbal dial, but once you remember where those are at, it’s no problem.

The dual-purpose camera trigger is a new thing to get used to. We’re accustomed to tapping the right trigger for photos, left trigger for video. Now we have to remember to swap modes and use the right trigger for both operations. We’ll manage some intricate shooting situations for our full camera review to see how we really feel about this setup, but for first use, no complaints.

The Mavic Air 2 is controlled by the newer DJI Fly app. Like the Mavic Mini it was introduced with, we do miss some of the more advanced customization settings, but we can agree that the Fly app is easy to operate, and includes relevant information at a glance. We got to experience the new ADS-B receiver on a couple of our flights. As best we could tell, this is managed in a 2D space, wherein the airplanes that flew near us were actually thousands of feet above us. The altitude difference was not represented on the map, not that we could see under the circumstances. We very much enjoyed that the map grew a little bit larger and made itself easy to see when the planes were close, then tucked itself away when the planes were out of scope. As a frequent user of Flight24, I was worried about things getting complicated. DJI made it effortless.

The new remote has a connectivity range of 10KM, that’s about 6.2 miles. While most of us cannot fly that far away while maintaining VLOS, it certainly helps with connectivity in close range. We got out to about 1000 feet in our initial tests, there were absolutely no hiccups in connectivity or the video signal. Further testing will be performed for our full review.

Is the Mavic Air 2 camera any good? Now we’re getting to the really good stuff. The original Mavic Air rocked the small drone market by offering a stabilized camera that could shoot 4K footage at 30fps and at 100Mbps data rate. That’s great, but it’s pretty standard for drones and phones these days.

For still photography, the Mavic Air 2 is equipped with a 48MP shooter. By default, it takes 12MP photos using pixel binning. Perhaps the best things here is the bump up to a 1/2-inch CMOS sensor. The most common sensor on the market is the smaller 1/2.3-inch block of pixels. That does not make the Mavic Air 2 camera much bigger, but you remember that 200MPH situation? Yeah, we’re going 202MPH now! The photos are quite nice. From there, enjoy a few shooting modes, including panoramic shots, SmartPhoto mode with with scene recognition and low-light modes, plus the full DJI Quickshot experience.

We will cover the camera in detail in a full DJI Mavic Air 2 camera review soon. For now, suffice to say that, yes, the camera is very good.

For now, we’d venture to say that the camera on the Mavic Air 2 is better than the more expensive Mavic 2 Zoom, but not as good as the Mavic 2 Pro. Don’t forget that the Zoom can zoom, the Air 2 cannot, at least not optically, but at the same focal length, the Air 2 looks a little better to us. For those looking to snag the DJI Mavic Air 2, I’ll invite you to check out our upcoming full review of the drone. We’ve had the machine in-house long enough to get our impressions, but we haven’t had the chance to dive deep, to really put the machine to the test. We’re doing so as you read this.

The Mavic Air 2 will launch for $799 for the base package. That gets you a single battery, and all the tidbits you need to get into the sky. The Mavic Air 2 Fly More combo is $988. This affords you a couple extra batteries, some additional spare parts and more.

You can pre-order today, shipments are scheduled to begin on May 11, 2020.