Accepting a last minute invitation from DJI, our own Jonathan Feist and Joshua Vergara took to the skies with the DJI Mavic Pro at a press and sales event in California. Held at the Micro Center store in Tustin, the event essentially was in celebration of this being the first official brick and mortar location to have stock of the new drone.

Starting off with an overview of the quadcopter, the short presentation quickly turned into some basic device training, hands-on flight training and then some air time with the Mavic Pro.

This little DJI event started off as many events do, the stage was set with the DJI representatives on hand in final preparation of their presentation. We were nice and early to the event, affording us some extra one-on-one time with the team, and uninterrupted hands-on with the drones. The Mavic Pro may have been the star of the day, but the Phantom 4, Phantom 4 Pro and the amazing Inspire 2 were all on display.

Related: Our interview and impressions of the DJI Inspire 2 and Phantoim 4 Pro

I hate to admit that the presentation offered little extra hard facts that most of you hardcore drone fans don’t already know. However, the extra tidbits were well worth it, if you find a launch and demo event in your area, I highly recommend you attend. 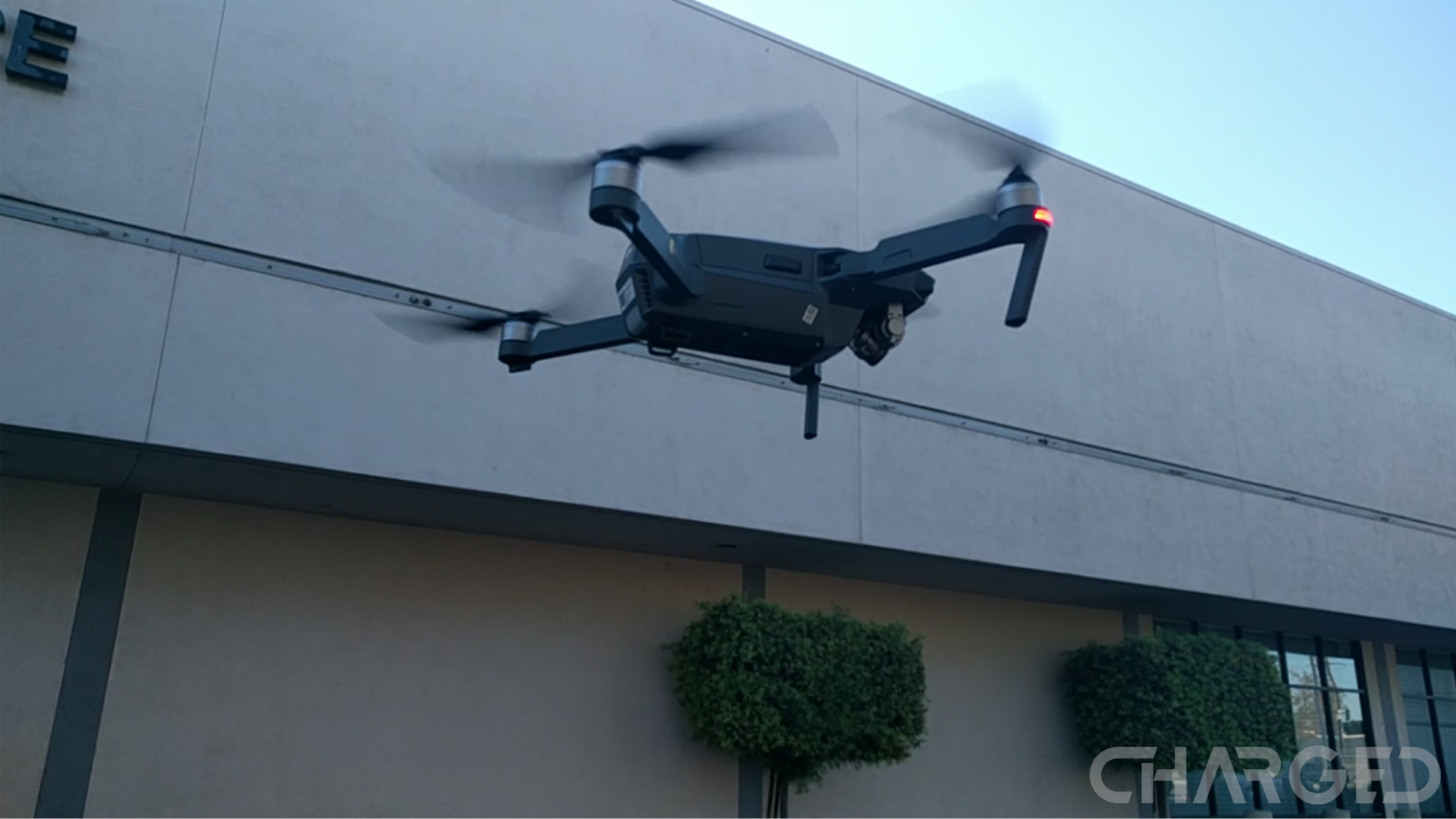 As you may know, the Mavic Pro is an extremely stable flyer, to prove this DJI went ahead and fired up the little quadcopter and flew inside for a moment. Nothing crazy, but the collision avoidance and flight location technologies were put to the test, and passed with ease.

The Mavic Pro, under most circumstances, remains in a solid hover until you tell it to move. A stationary hover is also the default action when you come up on an object or simply release the controls. The drone will move away from an object that moves toward it as well, but don’t rely on this for collisions avoidance.

Perhaps one of the more impressive feats for the drone in stationary hover is when you physically move it. As part of the demonstration, the drone was in flight, and although not recommended, the DJI rep carefully reached in to grab the landing gear and drag the drone in the air to a new location and elevation. The Mavic Pro wanted nothing of that, returning itself to the original flight location. Enough of that, we got to fly the DJI Mavic Pro!

In our first flights with the drone Jonathan and Josh joined the assembly outside to take turns flying a pair of Mavic Pro quadcopters. Basic flight led to putting the camera tracking features to test and getting creative with video capture in flight. Basically, we used the drones for what they are made for, just in the back parking lot of the Micro Center instead of a fancy ocean beach or forested mountain hillside. Don’t worry, we’ll get that footage for you soon.

How well does the Mavic Pro fly?

I think anyone that has taken control of the Mavic Pro will be able to tell you the same, you do not fly this quadcopter, you simply ask it to go places and do things, it flies itself. From the moment you take off from the ground, the Mavic Pro is working hard to ease your experience. That take-off location is now officially your Home landing point until your next takeoff. If anything goes wrong, just hit the Home button on the controller and the Mavic Pro will be back at your feet safely in no time.

Collision detection is not in all directions with this drone, but you’ll not fly head on into a wall, nor hit the ground without really trying hard to do so. 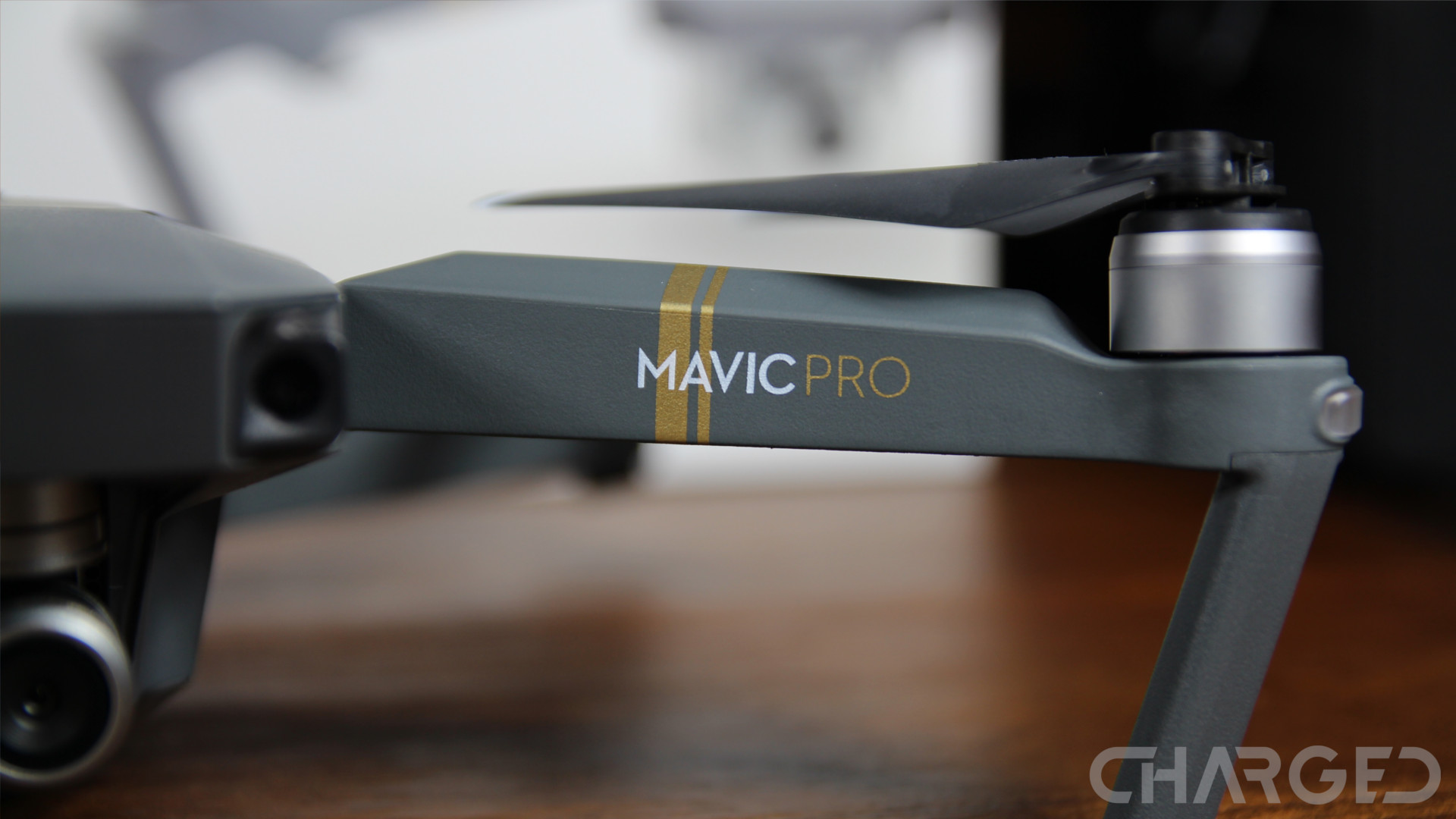 The drone is very responsive, the controller is as small as you’ll find out there today and performance is superb. At a max speed of 40 MPH, and other similar specs that prove the value of this flying craft, I could easily recommend the Mavic Pro as the perfect beginner’s drone, but I won’t, and only because of the price. At a starting price of $999, this is not a toy. The Fly More bundle will run you $1299 for a couple extra batteries and a few other extras you’ll see in our unboxing, coming soon.

Flight time is officially 27 minutes, but I dare say that the controller changed hands several times while we were out there, a bunch of first time flyers took control, and I swear battery life exceeded 30 minutes. At the end of the day, it is very hard to sit through the presentation, then take a turn flying the Mavic Pro and not have a strong urge to purchase one for yourself. We got two.

A huge thank you to Denise for keeping us in the loop, to Daniel for the presentation and flight training and to Francisco for flight demonstrations and training.

Have you flown the DJI Mavic Pro – is it the best drone you’ve flown?