Over the last year, we have seen an increase in drones being utilized by fire, police and rescue teams across the country. This has come as no surprise, as drones can quickly and easily put a camera in places that previously required a human to go, at great personal risk.

Join us as we analyze a recent report published by Bard College. Their research shows us some interesting drone usage information from 910 public agencies, with data collected over the last few years.

Public agencies with drones in the field are now overtaking manned aircraft by over double the amount of drones in the skies today. This is no surprise to us, as a drone can launch within minutes from nearly any location, replacing the time and expense to fly in a helicopter from the local helipad or airport.

How many drones are there?

Since 2013 public agencies have been using drones in their workforce. Going from less than fifty public agencies in 2013 to over eight hundred in 2017. Last year alone there was an increase of eighty-two percent public agencies that purchased at least one drone.

We can only imagine that these stats will continue to grow as the cost of drones decrease and the capabilities of drones increase. Which drones are in use?

You might be asking yourself, which drones are used by public agencies? It will likely not surprise you that the most commonly used drones are from DJI.

DJI currently holds the top four spots on the list, with the Phantom, Inspire, Matrice and Mavic series of drones. It’s not surprising that that Phantom series has the most drones in the field. This is a drone with great build quility, is fairly inexpensive compared to the Inspire and Matrice drones, and it has a great camera that can be used in many situations. Yuneec takes fifth place with their Typhoon series of drones. Which states have the most drones?

The spread of drones used by public agencies in America is somewhat of an even one. Out of the fifty-one states shown on Bard College’s map, forty-nine have at least one public agency with one drone or more. 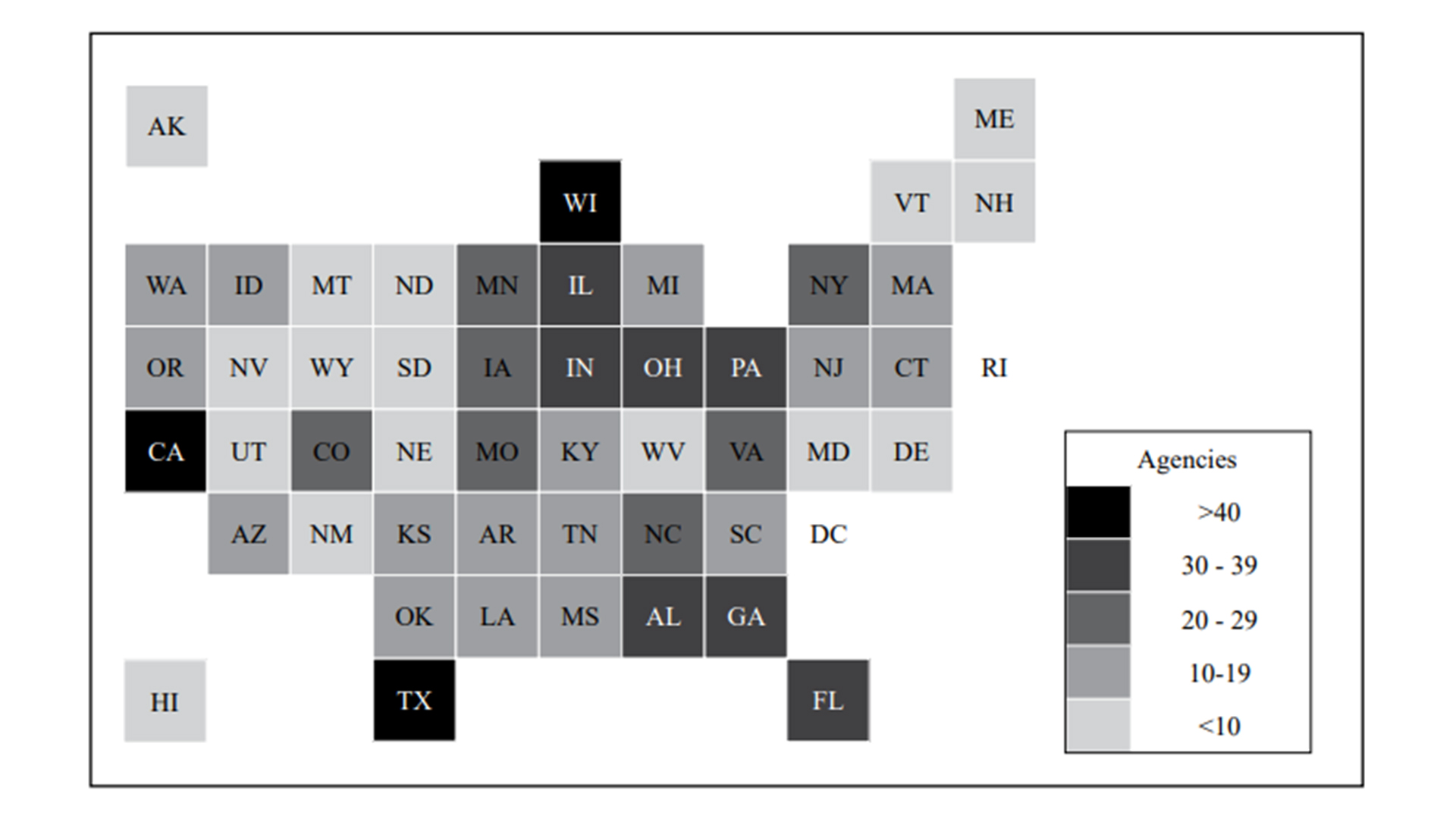 The past few years have been busy times with public agencies adding drones to their arsenals. Costs are rapidly falling and the quality continues to improve, so we expect exponentially higher numbers by this time next year.

Do you think more public agencies should be investing in drones? Share your thoughts with us in the comments below or head over to our social media accounts.