This is not a drone sale, but there is a serious reason to hurry up and purchase a DJI drone very soon, they may be blocked from sale. A recent patent case sided in favor of Autel Robotics, as a result, several consumer-class drones may be blocked from importation and sale in the United States.

The patent in question? Allow me to simplify it: A rotary wing aircraft with arms that are used to mount clockwise and counter clockwise rotating propellers, and can fold, and the props can be easily removed. (Sound familiar?!?)

Autel Robotics applied for patent US9260184B2 back in 2013. The patent describes a system that has multiple counter-rotational motors/propellers attached to arms on an aircraft, with legs that extend down for support. Further, “the rotor blades can be easily detached for transportation” and “the legs can also be conveniently folded for storage.” The folks at Steptoe saw to a judge siding with Autel Robotics against DJI, the charge is a violation of Section 337 of the Tariff Act of 1930 – which is basically the importation and sale of products that violate a patent.

It appears this Autel Robotics patent has been used in at least 79 patent citations thus far. There are citations against DJI, Parrot Drones, and some dude named Robert. This situation is significant for all drone enthusiasts. First, Autel Robotics basically has a blanket patent here that covers all drones as we know them today. Remember that stupid patent that Apple had back in the day that was basically a patent for a rectangle with rounded corners? This is the sort of stuff I thought the USPTO was getting smart about, preventing these overly-generic patents from seeing the light of day. I guess not.

The second reason drone enthusiasts should be concerned is that this feels like an over-reach against DJI. That’s an opinion. What isn’t an opinion is that DJI is the leading consumer drone manufacturer on the planet. This patent threatens to block many DJI drones from sales in the United States. We’ve already shared our thoughts and research on whether or not DJI is a threat to national security — for those that believe DJI to be a security concern, this patent case is an easy work-around to block DJI from the country. Perhaps I’m over-thinking all this, and I apologize for any anger. I agree that patents should be held sacred, but it drives me absolutely crazy when a generic patent is used to block an entire company from a country, especially when that patent isn’t being used to block dozens of other brands that can be assumed are in violation as well, and the big loser in the dispute is us customers.

Look, Autel Robotics, you have some cool gear, but none of it is as accessible as DJI products. Your $1500+ Evo II drone has some cool features, and is a great offering, but camera enthusiasts can grab the newer DJI Mavic Air 2 for half the price. Being that both of these offerings have the same camera sensor, you’re going to have a hard time up-selling consumers to your product. Even if you have this patent case expanded to include the Mavic Air 2, it’s still tough to find your small selection of drones on store shelves. I feel as though you are not going to improve your sales, all you’re doing is making it tough for pilots.

Finally, unless I’m mistaken, your patent is for a theoretical configuration, not an actual product? Folding propeller arms with “easily detached” propellers? What does that even mean? It’s super easy to remove the props on my Hubsan H111, are those going to be banned as well? Is this all about the self-tightening propeller-hub that keeps the counter-clockwise prop from falling off a clockwise rotation? Yeah, that’s not your patent either, Westinghouse Electric got that back in 1919.

What DJI drones are to be blocked?

The Judge in this case has recommended that the infringing products be excluded from importation into the United States. The list includes the Mavic Pro, Spark, Mavic Air, the Mavic 2 Zoom, and Mavic 2 Pro. As you may know, the first part of the list are discontinued drones, but the Mavic 2 series drones are still active products. 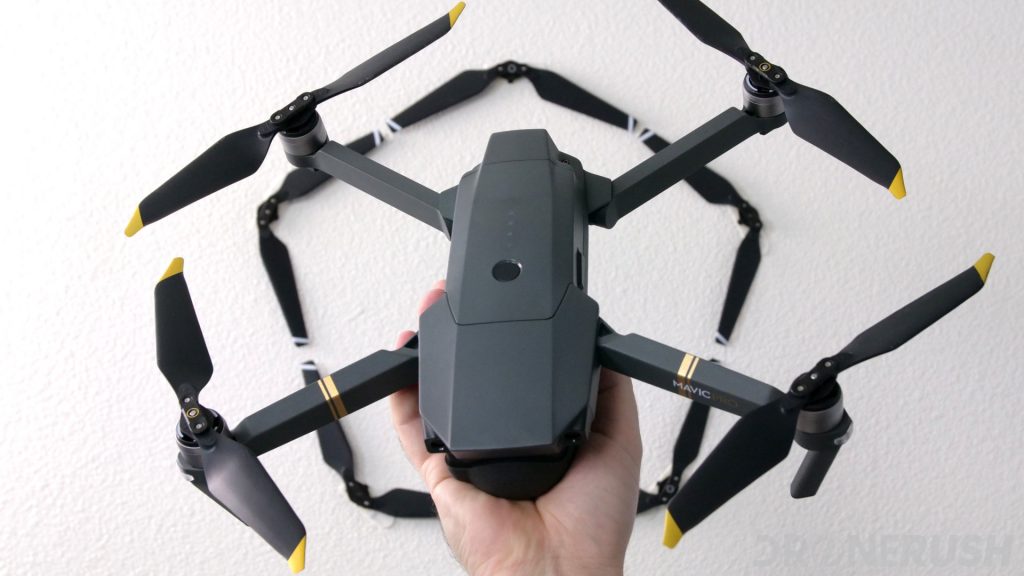 Autel Robotics has petitioned to also include the Phantom drones and Inspire series drones. No word on the newest DJI drones, being the Mavic Mini and the Mavic Air 2.

We must now wait for a 60-day presidential review period before anything is made official, but if everything is upheld, all of our favorite drones could be hard to find in July. For now, we pay our bills thanks to the commissions we’ll make if you buy from the links below, so here’s some shameless promotion: