The first thing you notice when you pick up the folded down GDU O2 drone with controller is how light it is. We’re not talking extremely light, but enough to be impressed. Things only get better from there.

Join us from InterDrone 2017 where GDU has announced their latest product, the O2. A compact machine with telescoping propeller arms, making this, possibly the easiest to transport drone we’ve laid hands on. Hands on we did, join us for our first impressions for the new GDU O2.

Before we begin, be sure to hit our GDU O2 announcement to get all the details of the drone. We plan to share opinion today, not regurgitate specs. Our first impressions of the drone formed from a screen grab from a teaser video last week. GDU has been hyping this mystery machine for a while now, only just unveiling on September 6th, 2017. The event was fun, as was the follow up flight demos at the InterDrone pavilion.

When the machine flashed on to the announcements screen, my opinion was little different than the teaser shot I saw – “what is that block on the bottom?”

That block on the bottom, as it turns out, is the remote control. This drone connects to the remote for transport, creating one brick that is little larger than a folded DJI Mavic Pro. Unlike the Mavic, however, there are no propellers sticking out the top and bottom, they are nestled neatly into the side on the O2. The slide arm technology, I’ll call it telescoping, even though that’s technically inaccurate, truly helps to reduce the size of the drone. Slide the arms in and the folding propellers get tucked out of the way. Snap the drone to the remote and the camera gets protected, not to mention this protects the antenna and joysticks of the remote.

Sliding the arms out is easy, but firm enough that they should not go anywhere mid-flight. A collision may push them in, but only if you can bypass the object avoidance visioning systems. 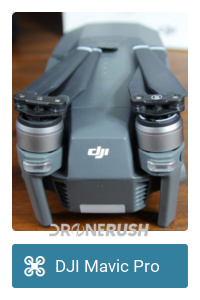 Snapping the drone to the remote, or taking it off again, is a decent connection. I’d say it could pop off if the drone encounters stress in a backpack, but it’s tough enough to hold things together under their own weight.

There is a clear plastic gimbal cover to help keep the 3-axis 4K camera system safe. It too slides on and off with relative ease.

Over to the remote, it is a spring loaded system that you spread, place your phone in and it clamps down. Basic drone controls are on board, including joysticks for flight, dials for gimbal movement and camera zoom, custom buttons to access functions and the return to home button. USB ports and power connector grace the sides.

The GDU O2 packs a bunch of flight modes, designed for all pilots from beginner to expert. Autonomy is the name of the game these days. We did not get to fly the drone ourselves, yet, and we there was limited demonstration possible at the InterDrone facilitites. We will save our judgement on how well these features work when we get our hands on the drone, soon. Watching the drone in action, we were impressed with the stability of flight indoors with no GPS or GLONASS to help things. The visioning systems kept the drone in check.

The GDU O2 proved responsive to the remote, able to wobble in air upon command with a sense of poise you might not see on a cheap drone. Flying erratically is not advised, of course, but that 3-axis gimbal worked wonders. As the drone bounced around, the image remained quite stable.

WiFi connectivity to a drone has its drawbacks. The launch pad area for the InterDrone expo was a metal infused stage. This created magnetic interference and signal bounce that actually prevented the O2 from taking off. Launching from hand solved this. Strangely enough it was only the launch affected, once airborne the drone flew perfectly. We are told that the retail packaging is not yet finalized, but we like the demo box on hand at the show.

The drone, in hand, felt sturdy and resilient. The aircraft aluminum propeller arms lead the way in terms of light weight but strong materials. All in all, the O2 feels like a quality machine in hand.

What it all boils down to, do we like the GDU O2 and do we think you’ll like it? 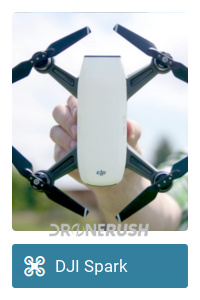 There is a ton of value in this purchase. The O2 packs the best that GDU has to offer in terms of technology, all in the smallest package we’ve seen from their line. There are smaller drones out there, but none at this caliber of device. If I had to place it in the world of consumer drones, it lives nicely in between the DJI Spark and the DJI Mavic Pro, this in terms of capabilities, size and price.

The Mavic Pro itself, folded, is smaller than the full GDU O2 package with remote, but that is, to the point of it, with the remote. Once you add the DJI remote to your carry bag, the more compact offering becomes the O2, and for a couple hundred dollar lower price.

Capabilities in terms of sheer function rival the DJI Spark in number, but the O2 better rivals the Mavic Pro in the air. At least this is how it looks from the sidelines. As with any new drone, we reserve final judgement until we actually fly the drone ourselves. The GDU O2 will start shipping to consumers in late September for $732. We’ll bring you a full review shortly after that.

Do you like what you see so far? Did GDU find the perfect place in the market for your needs?

Stay tuned for more on the GDU O2 and more coverage of InterDrone 2017.