We’re having a great time looking at drones on the show floor of CES 2019. There are plenty of new machines to feast our eyes on, many are from players we are familiar with, others are new brands we’re happy to learn about this year.

With all the great new tech to enjoy, we’ve narrowed down our favorites. Here, ladies and gentlemen, are the best drones of CES 2019!

While we are about to share our picks for the best machines we’ve seen on the show floor, the true winners are us, the pilots at home. There are great new machines to choose from in multiple segments. However, if we had to choose one segment that ruled the show floor, it would be submersibles. There were just as many underwater drones as there were things that take to the sky. Our chosen segments for the show are:

We were pleased to see multiple runner-ups for each category, even if some of these machines are not the prime-time machines we’re used to.

No winner. I am very sad by this, but there just are not any new camera focused drones launched at CES that we feel deserve an award for excellence. Many great camera drones were on the show floor, including DJI and Yuneec’s entire lines of consumer drones, just nothing new to speak of. An honorable mention goes to the GDU SAGA, with multiple cameras and other payloads, it has 10x and 30x cameras, plus infrared and more, but it’s a certified commercial drone, not the type of machines most will fly in the backyard. 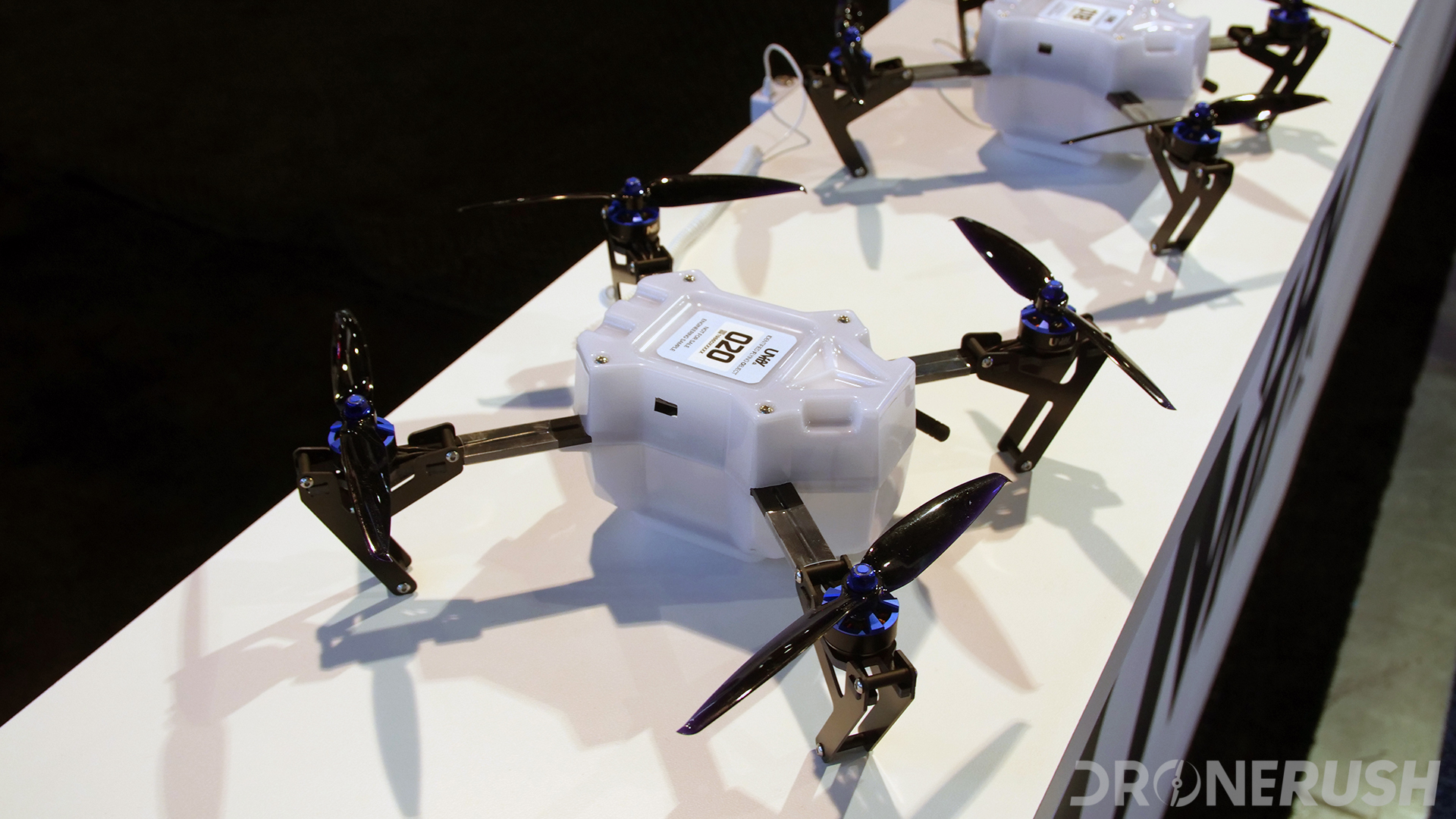 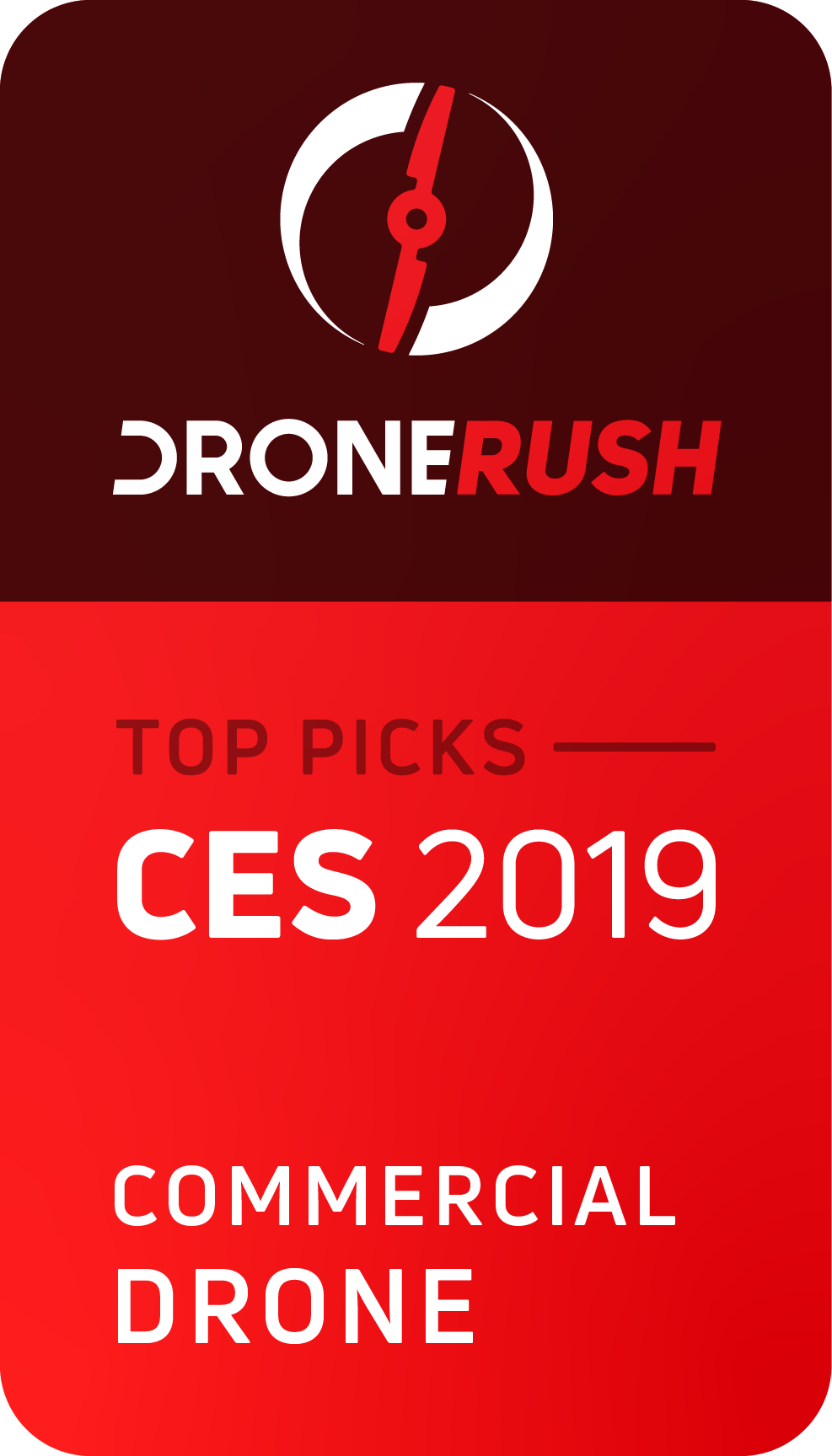 The business of drones is a big deal. Like, a really big deal. The future of commercial drones spans everything from surveying and mapping, passenger transportation, package deliveries and much more. Included in that list is entertainment.

Have you seen any of Intel’s presentations? They’ve flown multiple World Record breaking drone swarm flights over the last few years. These Shooting Star drones are equipped with a bright LED and used to create light shows in the night sky.

While your only option with Intel is to hire them to run a presentation for you, UVify thinks you can run your own drone show. Thus, they’ve launched the UVify IFO. The Identified Flying Object for the night sky.

Equipped with advanced GPS connectivity, swarm technology and a bright LED light, the IFO is a well equipped drone on its own. One of the main selling points may well be the 25 minute flight time. Intel does not report the total battery life of the Shooting Star, but they rarely produce shows longer than 10 minutes. Perhaps you and I at home will not be flying a swarm of IFO drones, but a small drone business in your area may contract with UVify to fly at least twenty machines. UVify is offering a service plan for the program. For a monthly fee you get the drones, with rapid replacement for any downed drones, and off you go to create your own drone light show business. What can an astronaut bring to drones? In this case, experienced pilot Scott Parazynski has created the company Fluidity Technologies Inc., introducing the FT Aviator joystick remote control for DJI drones.

The concept is simple enough, most drone remotes are designed similar to video game controllers, what if they were designed like the flight controls of a fighter jet? The joystick design with multi-axis control, plus triggers and buttons, puts full drone flight control in one hand.

Stay tuned for further info on this cool drone remote, it’ll be a few months before it ships to consumers, and we’re in-line to get our hands on it for testing. The backyard pilot may be terrified by this drone. The UVify Draco-4×4 is a monster of a racing drone, it builds off of a standard Draco drone, extends the propeller arms long enough to support sixteen propellers, then packs a much larger battery to keep the beast in the air.

The whole thing is covered in LED lights, making it a spectacle to see. Perhaps these great things are why the DR1 Racing league has partnered with UVify to create a full race series on this machine. Congrats to UVify for this accomplishment.

The UVify Draco-4×4 will be available for you to purchase at home very soon. 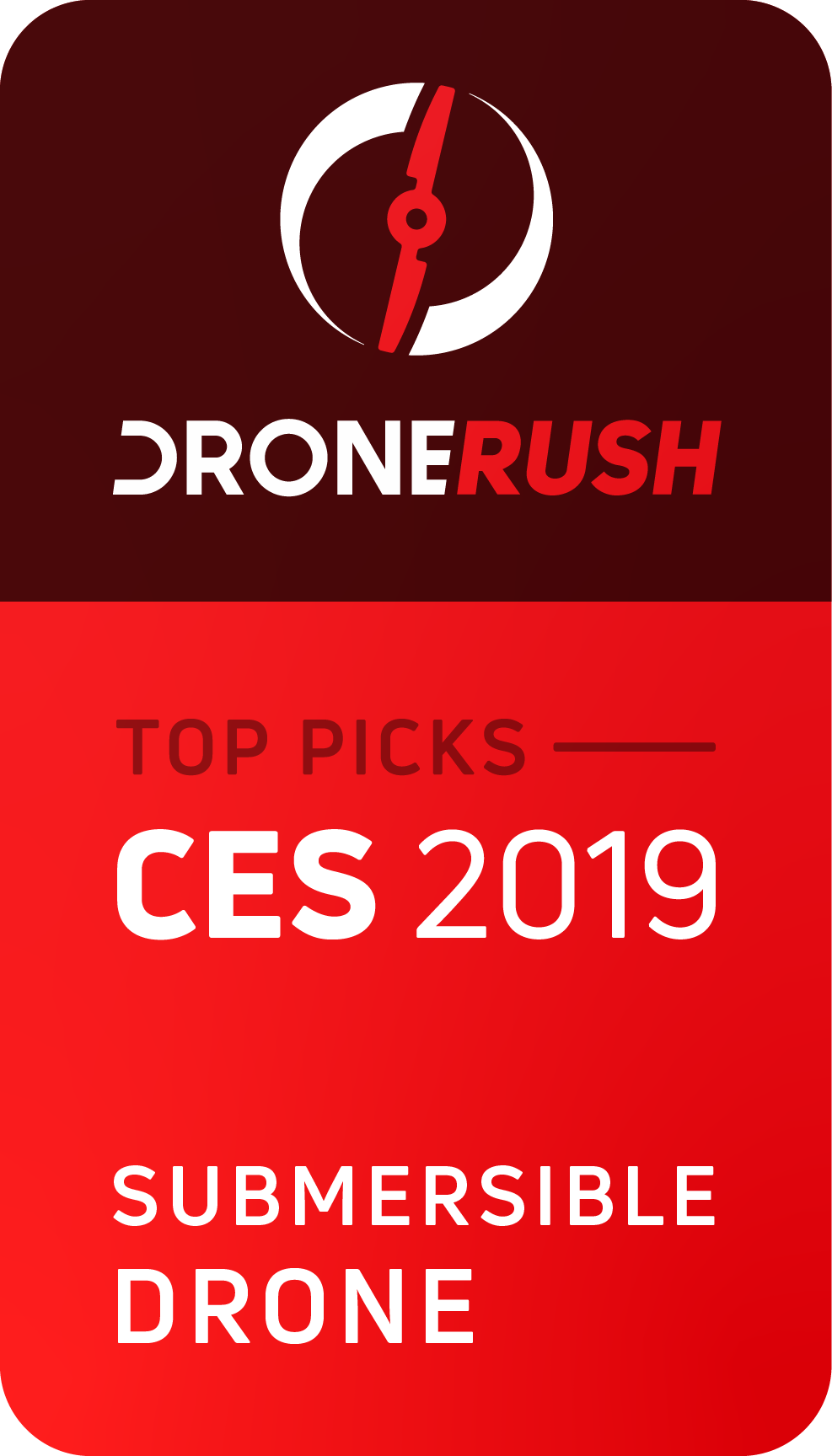 With a sea of submersible drones on the show floor, we had a long go of playing in the water to see them all. While we are going to dive into underwater drones in the near future, our favorite new machine on the show floor is the SwellPro Spry.

The SwellPro Spry is not a submersible, exactly, but it is able to go underwater. It is fully waterproof, as is the remote control, but it does not propel itself under the surface, it floats on top. The camera shoots under the water, but this is a waterproof drone that flies more than it is a true submersible.

A 4K camera that shoots from the sky and just under the surface is a versatile tool. The bright color makes it easy to find floating in the water, and the drone is, otherwise, a more than adequate little drone.

In addition to the camera drones, we also are not giving out the toy-class drone award we had intended to. There were, as always, a bunch of toy drones at the show, but most were not new, or were not that great. The drone industry is still expanding rapidly, companies are still popping up with new machines, but they are, for example, toy makers making things that fly, but have no long term experience with flight.

We were very impressed with the number of drones at CES 2019, including the huge multi-passenger bus-style drone from Bell. Teams like DJI, Yuneec and Uvify were at the show in full force, GDU had a strong presence as well, as did many submersible drone manufacturers. It was fun to walk the floor, checking out all the drones and shaking hands with all the manufacturers, working toward more review units to make sure we can bring you the latest news faster and with more accuracy in the future.

Stay tuned for more content from the show floor. We have video and written content inbound. We scoured the show floor and have plenty left to talk about, we just wanted to let you know what our absolute favorites are from CES 2019.