I hope you were not like me, eagerly awaiting the Super Bowl LI Halftime show just to see the drone presentation. Admitting they did great, for their part, Intel flew for just a few moments, putting sparkles into the sky, then forming the American flag.

We love that the FAA has been relaxing the one pilot to one aircraft rule for these Intel presentations, While we were a little underwhelmed with the actual drone flight presentation, we have to admit, inclusion in a Super Bowl Halftime show may trigger a huge bump in drone popularity.

As it turns out, Intel flew their Shooting Star drones in Texas for a total of a nine day operation, culminating in the brief appearance you witnessed today. Earlier flights recorded the display of the Pepsi name and logo – Pepsi sponsored the show – as well as the Intel logo, all of which were added into the televised presentation.

As I mentioned, the actual presentation was short, quite literally adding sparkles to the sky, then forming the American flag as Lady Gaga dropped from the roof into the stadium.

We’ve seen these drones before, these were the same light-weight fliers that Intel has been breaking world records with. We got to put our hands on one of these units at CES earlier this year. They are fair sized drones with large bubbles on the bottom. Those bubbles house multi-color LED lights. 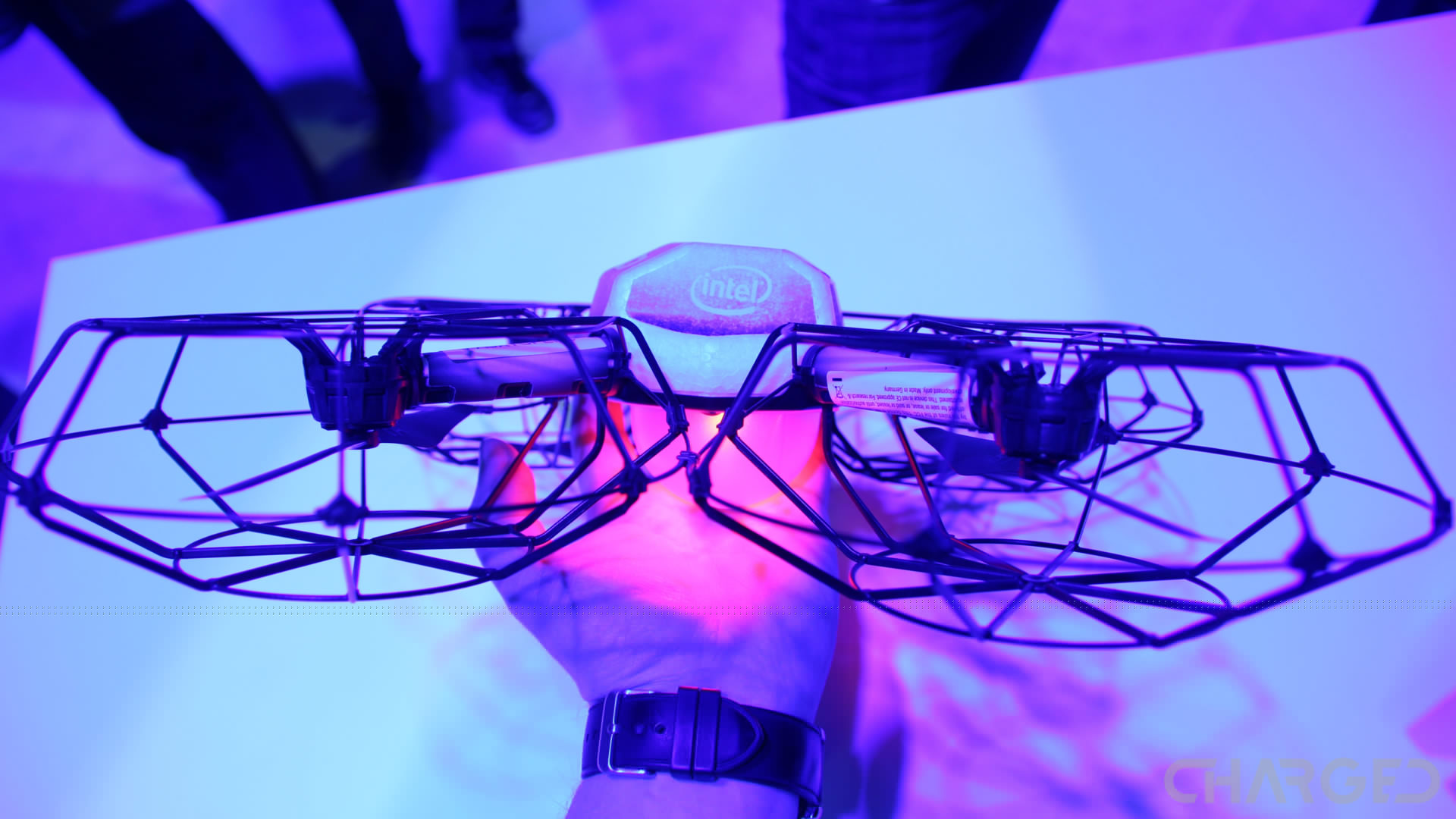 Managing the drones is done by computer, as you can imagine no one pilot could handle them all by hand, nor could that many pilots choreograph so well. They all have large cages around their propellers, because as organized as it may look, they crash and bang into each other in the air quite a lot.

In the end, Intel has a fun presentation tool on their hands, we suspect it is only a matter of time before another player comes along. Certification and FAA clearance is the key, as the tech is advanced and slightly tedious, but not entirely complicated. A little bit of 3D spatial software instead of Powerpoint, pre-program the drone positioning and just hit the ‘next slide’ button.

The largest obstacles that we imagine Intel faced were battery life, obviously, followed by stability in the wind, they were pretty high up there. They did not, however, have to worry about other air traffic, the FAA had enacted a 35 mile radius no fly zone around the stadium. Which remains in effect until midnight.

What do you say, was the Super Bowl 51 Halftime show worth tuning into for a drone enthusiast?